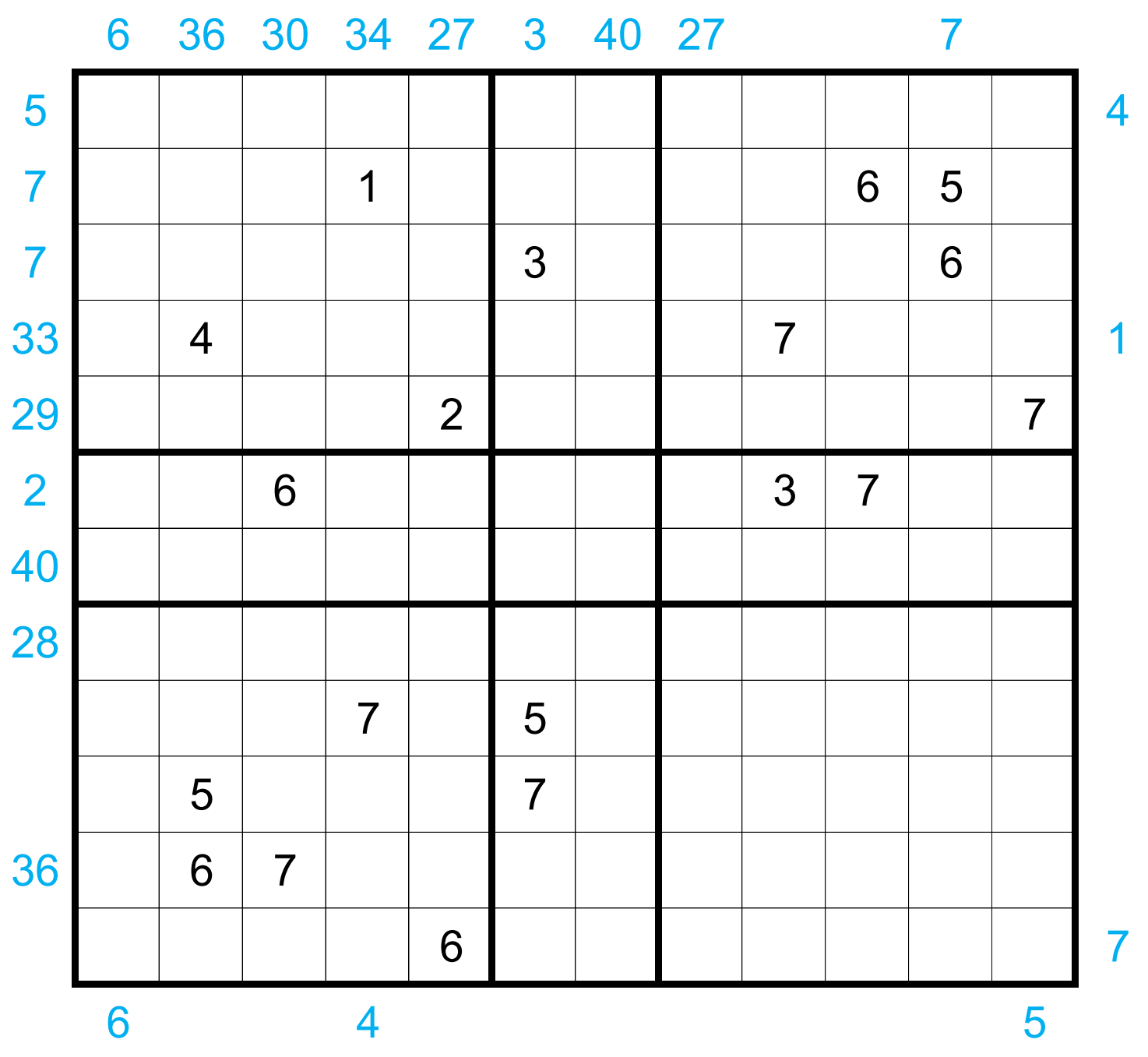 Four Twenty Four Seven grids have been smooshified together within the 12-by-12 grid above.

Place numbers in some of the empty cells so that in total each of the four 7-by-7 outlined grids is a legal “Twenty Four Seven” grid. Namely: each 7-by-7 grid’s interior should contain one 1, two 2’s, etc., up to seven 7’s. Furthermore, each row and column within the 7-by-7’s must contain exactly 4 numbers which sum to 20. Finally, the numbered cells must form a connected region, but every 2-by-2 subsquare in the completed grid must contain at least one empty cell.

Once completed, you can submit as your answer the product of the areas of the connected groups of orthogonally adjacent empty squares in the grid.

Thank you for submitting your answer to the current puzzle.

Please check back before the end of the month to to see if you've correctly solved this month's puzzle.

There was an error processing your submission. We apologize for the inconvenience. Please try email puzzles@janestreet.com if you continue to experience any issues.