The work at Jane Street is technologically intense, and the systems we build play an essential role in everything we do.

Join the team that makes it happen.

The scope of the systems we build is large — billions of dollars worth of transactions flow through them every day — but the group behind them isn’t. That means that each person has the opportunity to make a substantial impact.

Projects are given space to evolve organically, and individuals quickly find they have the independence and responsibility to make decisions that impact the future of the firm. That makes it easier to see how the business works from end to end, and understand how you can contribute. 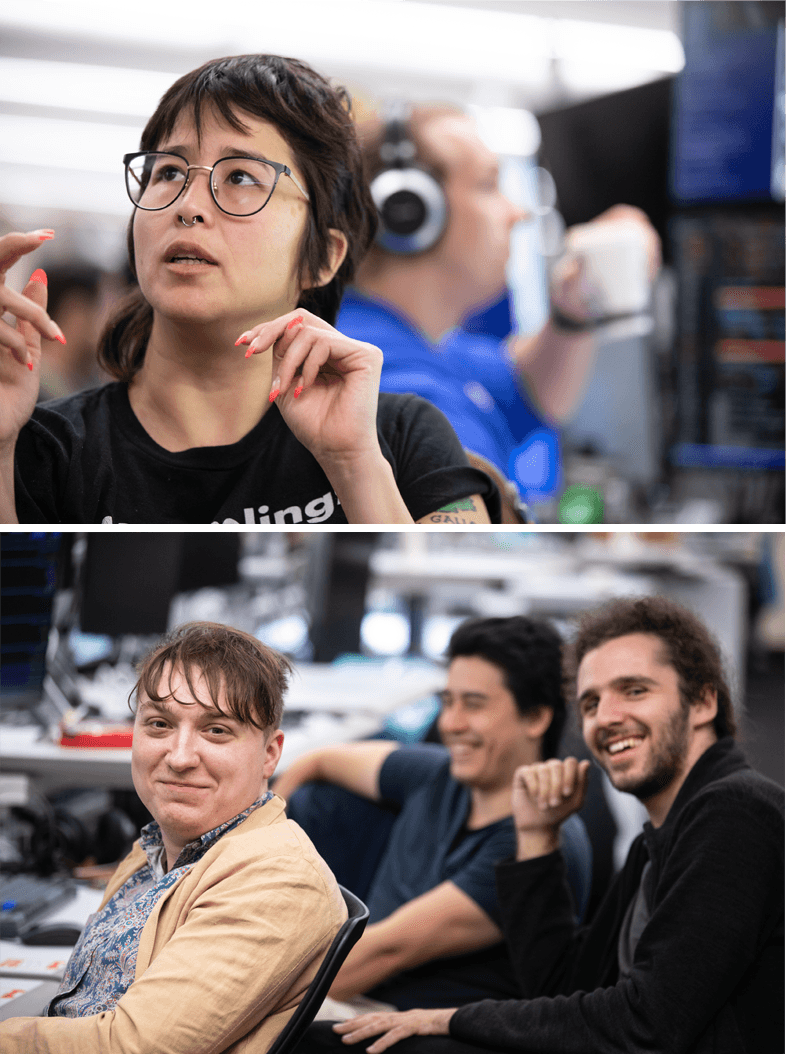 One of the things that most surprises people who join Jane Street is how willing everyone is to help each other out. You’re encouraged to ask questions — and people really go out of their way to answer them. Team boundaries are porous, and there’s a spirit of getting others un-stuck no matter your role.

In Tech, we have all kinds: programmers, network engineers, IT operations experts, product managers, data scientists, technical writers, and more. We’re a mix of deep specialists and jacks-of-all-trades. Part of the beauty of working here is that whether you’re writing code for a trading desk, building out a data center, or hacking on the OCaml compiler, you’re never in a silo.

Jane Street is an incredible place to develop as an engineer. From low-latency networking to compilers to distributed systems design, you can find people with deep experience who are eager to teach you what they know. There’s a collaborative environment with a culture of inquiry that encourages people to grow their capabilities. We know there’s still a lot for us to learn and are always looking for people who can help us fill in the gaps.

Intellectual curiosity and education are among our core values. Internal tech talks, brown-bag lunches, and lively discussion are daily staples. In your first year and half, every engineer rotates through a series of courses exposing you to core libraries, concepts, and patterns throughout the firm: everything from Performance engineering to Incremental computation and Advanced functional programming.

It’s also a great place to learn about the world’s financial markets. Technology is deeply tied to our business, which is why we spend a lot of effort making sure that new hires learn about all aspects of our role in the markets. You don’t need to know anything about trading to come work here, but if you do come, you’ll have the opportunity to learn.

At Jane Street, functional programming isn’t a tool we reserve for some special set of problems. From systems automation to trading systems, from monitoring tools to research code, we write everything that we can in OCaml.

We’re also happy to spend time and money on making it easier for the people here to get things done. This ranges from big projects, like the work we do on development tools (e.g. Iron, our in-house code review and release management system, and magic-trace, a tracing tool for in-depth performance analysis), to little touches, like getting people whatever crazy keyboard will help them get their work done most comfortably.

Like almost every technology operation, we rely on tons of open-source software in our daily work. We also believe open source should be a two-way street. From committing patches to the Linux kernel to publicly releasing some of our most significant projects, we’re constantly looking for ways to share our work with the community. You can find a bunch of our libraries on Github, including:

BASE, an alternative to the OCaml standard library

MAGIC-TRACE, a tool for collecting and displaying high-resolution traces of what a process is doing

All told, we’ve released a million lines of code, with new packages coming out all the time. One of the privileges of working here is that your code can have a life both within and beyond the firm.

Several of our libraries are featured in Real World OCaml, co-authored by one of our own. We’ve also funded work on several open-source projects, including Mercurial, the OCaml compiler, the OPAM package manager, and several development tools for OCaml. We also founded OCaml Labs, a research lab at Cambridge University devoted to improving the language.